No products in the basket.

A.R. Fabb Bros. Ltd. was formed in 1887 the year of Queen Victoria’s Golden Jubilee. The company was established at 21-22 Chapel Street, in the City of London, near the Barbican. At this time, there were as many as 40 Gold Wire Embroidery Companies working in London. The average wage at that time for Embroidery workers was £1.00 per week. Embroidery was one of the few trades for women that did not have the stigma of factory work attached to it.

The Army and Navy, here and in India, as well as Freemasonry, required a large amount of embroidery. A. R. Fabb Bros. Ltd records show a large export in embroidery for the Greek, Japanese and Argentine Navy as well as most Steamship companies of the world.

When Fabbs was formed

At the end of the War, the demand for Masonic Regalia increased; at this point, Mrs Quick joined the Company to help expand and develop this area. Shortages were rife; raw materials were difficult to obtain; everything required coupons or was on ration. More gold wire companies disappeared. Business had expanded into Film and Theatrical work which coincided with Mr. John Fabb’s return from the Forces, bringing his added knowledge and expertise in this field. Airline companies, Security Services and Civic Regalia were added to the Ceremonial Clothing and accoutrements required by the Army, Navy and Air Force.

After the First World War

The return to civilian life after the First World War brought the growth of Clubs; Golf, Tennis and Football. Blazers were fashionable and so were Badges. Exports, particularly to South Africa were strong. By the end of the 1930’s A.R. Fabb Bros. Ltd had also supplied gold Wire Embroidery to the Nizam of Hyberabad, the richest Prince of India who ruled a country as large as France. The M.M. Apron had now reached a cost of £1 2s 6d (£1.13p), Provincial Regalia was £10 0s 0d, and the solid leather case was an extra £2 0s 0d. A complete Lodge could be fitted out for £165 0s 0d including the carpet and all the furniture.

By this time, many Gold Wire Embroidery Companies had fallen by the wayside and the Second World War caused the demise of many more. Bombs destroyed the premises of A.R. Fabb Bros. Ltd. in the Blitz of 1940. The workforce was reformed at 15-17 Market Street, Maidenhead, Berkshire, and the war years were spent manufacturing Badges and Insignia for the Army, Navy and Air Force. This included the Free French, Dutch and Polish Forces that had come to Britain to carry on the war against Germany.

The company lost the Imperial Japanese Naval Embroidery contracts in 1939 but gained work from the US Army that came to the United Kingdom. They also made Badges for the Clandestine Forces of the Commando Raiders without the knowledge of what or who they were for at that time.

At the coronation of Queen Elizabeth II, the company embroidered the coat for the Colonel of the Life Guards. The few companies left in the trade had the contracts for the coronation divided between them so that it would all be ready on that great day. A.R. Fabb Bros. Ltd. Masonic work expanded even further and new markets were found for their Regalia in Australia and New Zealand, South and East Africa, the West Indies and South America.

In 1969, due to the redevelopment of Maidenhead Town Centre, the business premises were set up at Waldeck House. This was a modern development in the flatted factory style; so modern that it was frequently visited by councils from other towns interested in this type of development. A.R. Fabb Bros. Ltd. continued in the manufacture and sale of Masonic Regalia and it was here that Mr. Adrian Quick joined the company. New markets were found abroad and others consolidated.

By the 1980’s the company was looking for its own building and in 1983 the company purchased new premises at 29-31 Risborough Road, Maidenhead. These premises were rebuilt and extended in 1986. Although competition has increased in the Masonic Regalia trade, A.R. Fabb Bros. Ltd. have been able to continue the high standard of workmanship and personal service that our customers have come to expect. 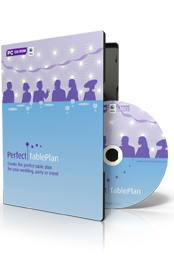 COVID-19 update We are still working so please place your orders or contact us for further help. Dismiss